My research totem is Micro. I find it fascinating how individuals satisfy their needs in the social world, regardless of how shallow or meaningless the wants can be. Micro is fundamentally based only on the premises of stable needs and rational individuals.

Is it possible to derive some normative conclusions out of that? No. In theory, we work in a safe world where there is nothing beyond the perfectly known and given preferences. In a real world, in contrast, wants are far from being known, metapreferences exist, and Weltanschaungen evolve.

The purpose of Micro, therefore, is to derive hypotheses for environments where the stability of preferences as well as rationality can be expected. These are typically short-term environments, or long-term behavior of groups suffering no "fashion shock", typically people who build no new human capital.

In some environments, stable preferences cannot be expected, and rationality is also questionable. For example, you cannot study the choice of confession, although we may say that there is a choice. Also, observe that some people are idea-driven, and change their needs at a sudden. For these fields, evolutionary economics is on offer.

Fortunately, the toolkit of both classic Micro and modern EE is nearly the same, namely the game theory. The true purpose of Micro is thus to apply the game theory so that people get used to it, and study enviroments that are taboo by Micro totem. Sometimes, if you want to be helpful, you have to plant seeds of your destruction.

Orienteering can be cruel II. 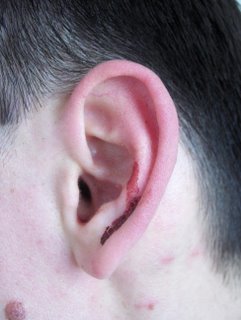